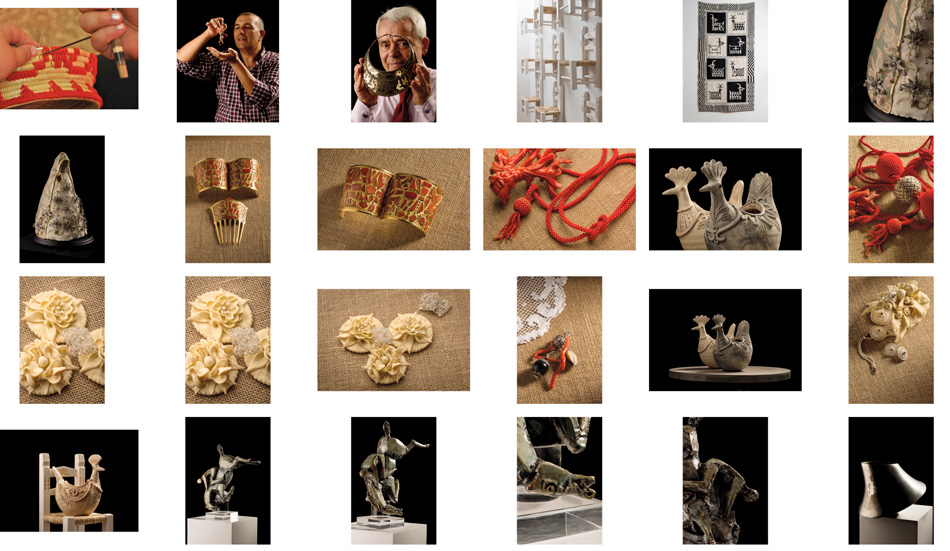 How can we use images to convey Sardinia’s meaning, identity and quality to the Expo visitors?

The iconographic selection (based upon archive photographs by the Pierluigi Dessì, Elisabetta Messina, Antonio Saba, Egidio Trainito and many others) was meant to comply with at least two major tasks: to support, counterpoint and to some extent visually shape, the project’s overall shell as it was defined by its graphic design layout; and to convey, in a strongly international general context, an image of the island that was consistent with the key thematic areas our commissioner had selected to represent Sardinia. 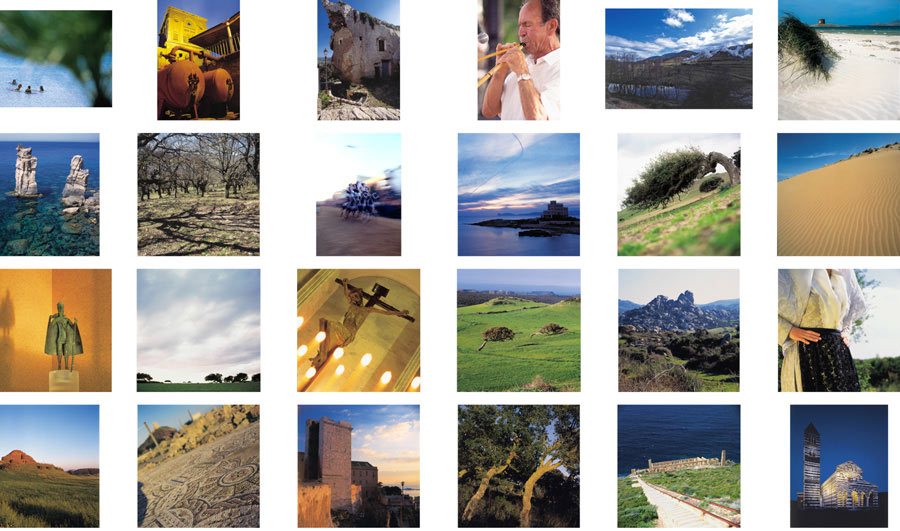 The corporate design for Sardinia’s Expo project unifies the traditional craftsman tradition of weaving with digital’s modern iconography, tracing an historical path where ideas such as Jaquard’s loom and Hollerith’s tabulator have played a role. Sardinian’s ‘pibiones’ (literally ‘grape berries’), elements of sardinian traditional carpet weaving, have in ‘picture elements’ (pixels), their digital correspondent. This parallelism spans through the whole corporate project. The two anthological white and black short films are the two poles of the two worlds of real and virtual, concrete and abstract, the first with pictures of things and places, the second with their graphic reinterpretation. In terms of composition and editing the films play with geometry as a narrative device, in order to achieve juxtapositions between analogous pictures (sheep, milk, cheese – in the food chapter) evocative metaphors (hundred-year-old people, centenary trees, DNA branching – in the chapter about longevity).

The design of Sardinia’s Pavillion is based on the same iconographic juxtaposition principle. The entry hall, aimed at welcoming the Pavillion visitors, underlined the symbolic action of crossing the sea as an immersion in a waterfall, suggested by a mobile installation made out of fragments depicting colors and photographic details of the Sardinian’s sea. 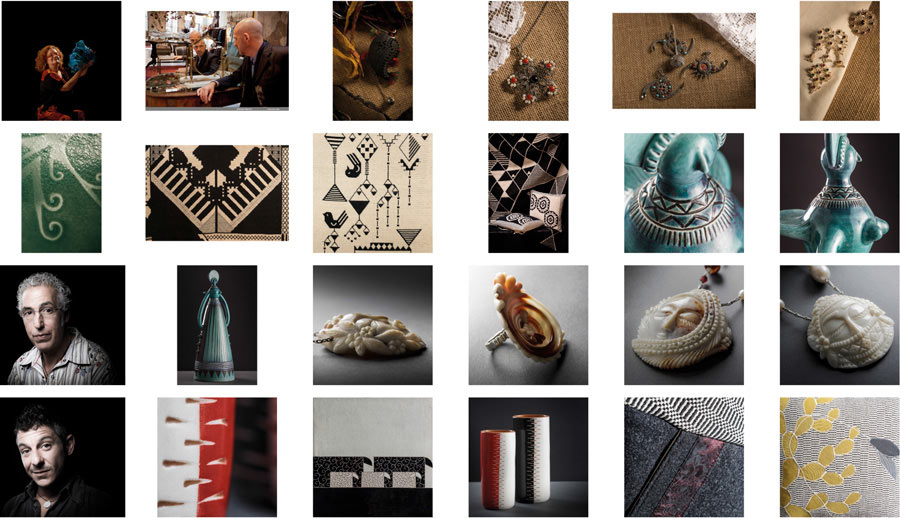 The three shelves in the main hall, the wonder room, where fragments of animals, traditional crafted objects and of local food where in display. The ‘experience gallery’, where a geometric layout of large hanged frames hosted a selection of panels of natural materials, conceived by Daniela Ducato, obtained by blending colored fragrances and tactile finishes. The same principle can be also found in the multimedia artifacts developed as part of the exhibit, which confirms an image of Sardinia made of a set of many mosaic tiles, that any visitor can combine mentally. 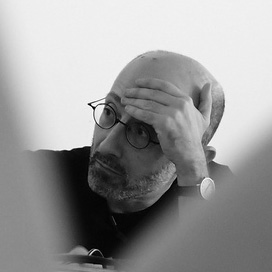